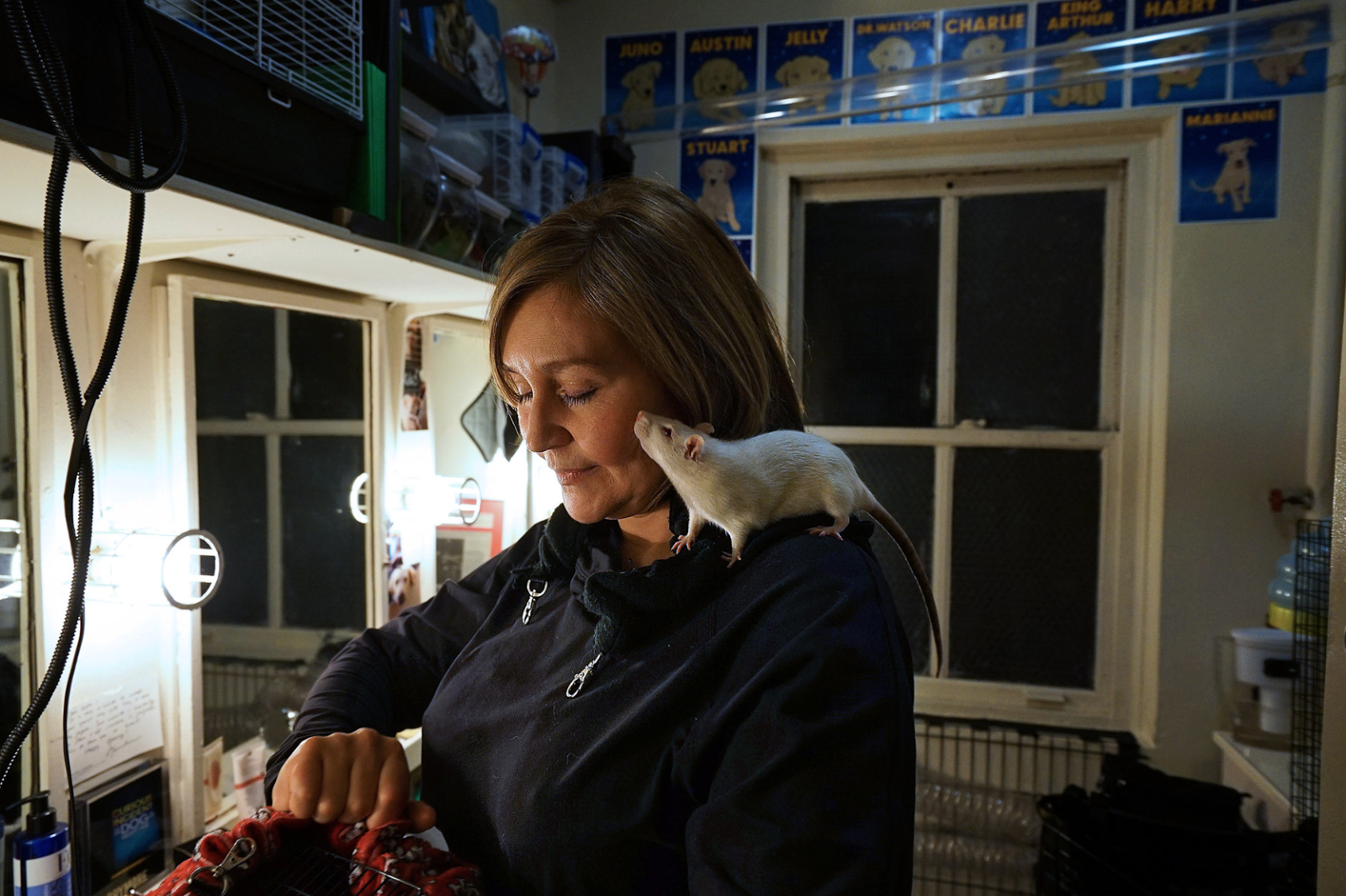 somehow a few domestic albino rats found themselves on a median near the westside highway in NYC.  they bred into over 500 rats on this median, without much food or water.  they had to cross a 10 lane road to get off the median, and they’re blind, so things weren’t looking great.

after gothamist ran an article on their plight, rescuers started showing up overnight, grabbing all the rats they could catch, and finding homes for over 50.  these were pet rats – smart, social, and quick to bond with their keepers.

the next day the dept. of safety set out poison, citing ‘safety concerns’.

rose was one of the lucky 10% of rats that were saved.   she and 2 others were adopted by an animal trainer and they were named rose, blanche and dorothy.  ms. desroche, the new mother, was also a trainer for the broadway show ‘the curious incident of the dog in night-time’, which features an albino rat named tony.

cut to months later, when toby, the star rat developed tumors, and his understudy, lily, was struck with a crippling case of stage fright.  eight shows a week and down two rats, ms. desroche brought rose to the theatre.  placed on the stage, rose did not hesitate to crawl out of her cage, on onto lily’s, where she stood ready to accept her role. now rose alternates nightly on stage with lily (who pulled it together) at the barrymore theatre, on broadway.

« weekend update
behind the scenes »