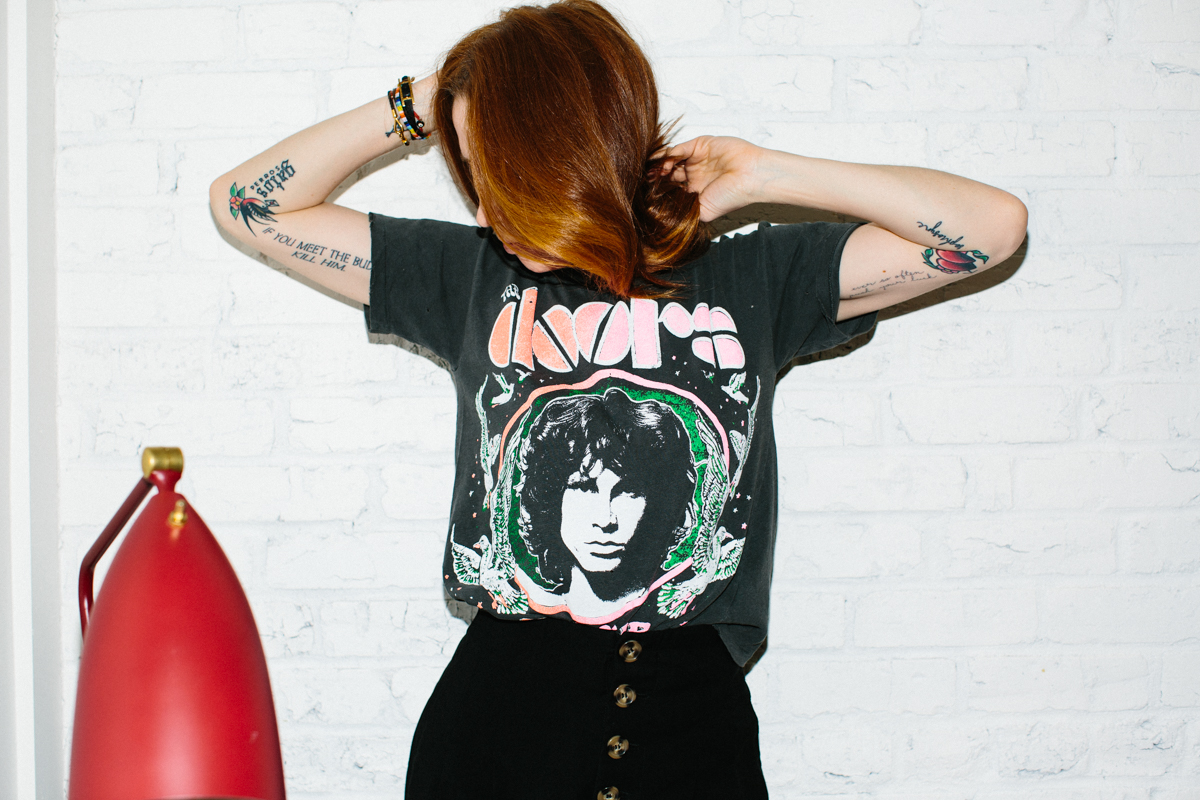 "IF YOU DON'T OWN THE STAGE,

YOU SHOULDN'T BE IN ROCK N' ROLL"

I don't fancy myself terribly rock n' roll, but let's stay on theme with this post about rocker tees, and obviously, a few tattoos.  I got my first one, a little teepee (it was Furbish's logo at the time) on my wrist, a year after my mom died.  She successfully maintained a fear in me for 33 years that if I got any tattoos, she'd 'tan my hide', plus a slew of other of Southern sayings threatening to beat me as only a mother who was raised, and reared her own on switches from the backyard can.  Ok, mom, heard.  I daren't not.

Up until about 4 years ago - that's when I traipsed over to Blue Flame Tattoo, just across from my apartment at the time, with a quote in hand that I directed the artist to tattoo on my wrist. With a side-glance shorter than a shiver , he told me nope, it's too big -- it would need to be at least 7" long.  Whelp, went to plan B - a small teepee, about 2" tall that looks more like an upside-down birthday hat on the inside of my wrist.

From there, the floodgates opened, and I two by two, I ended up with an ark-load of tattoos.  That metaphor did not work at all and is frankly ridiculous, but I committed, at least and saw it through.

I have collected several more over the years (including all 7" of the original quote)- they're mostly all on the insides of my arms, so it's likely most people will never even see them.  I'm pleased with every single one - no regrets here.  Sometimes I wish I had been more deliberate up front, like if I'd had a plan or a theme, but I wouldn't trade the hodgepodge that I have now.  Many of them come from Daredevil Tattoo in NYC - I would very much recommend their shop, specifically Soyoon - she does fine line tattoos, she's super-quick, it doesn't hurt, and although she's sometimes crabby, you always get a hug at the end.

Let's roll on from the rocking to my fave category of clothing - a band t-shirt.  I have hit a new low in the schleppiness of my wardrobe during this quarantine, but I generally know enough to pair a tee with a blazer, or a skirt to achieve the desired effect of not looking like I work at a bong store.  Here are some the faves I found cruising around the interwebatory. 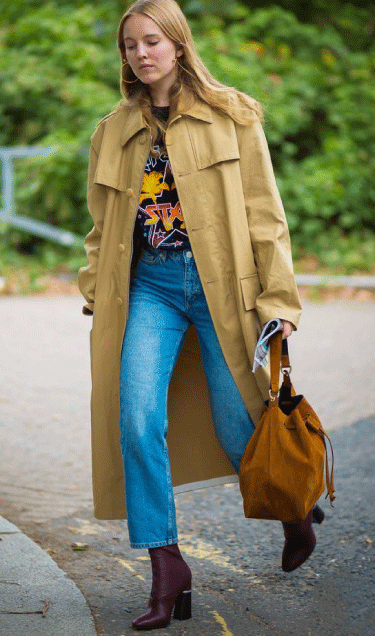 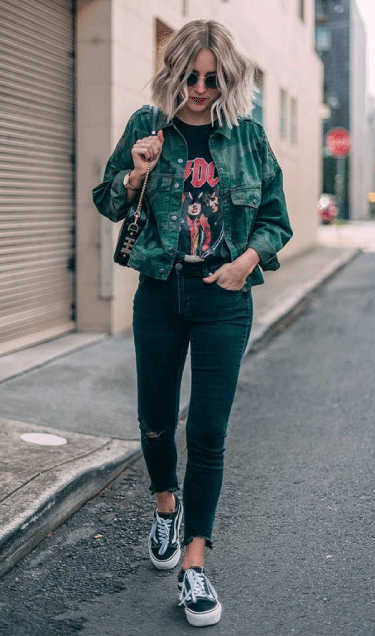 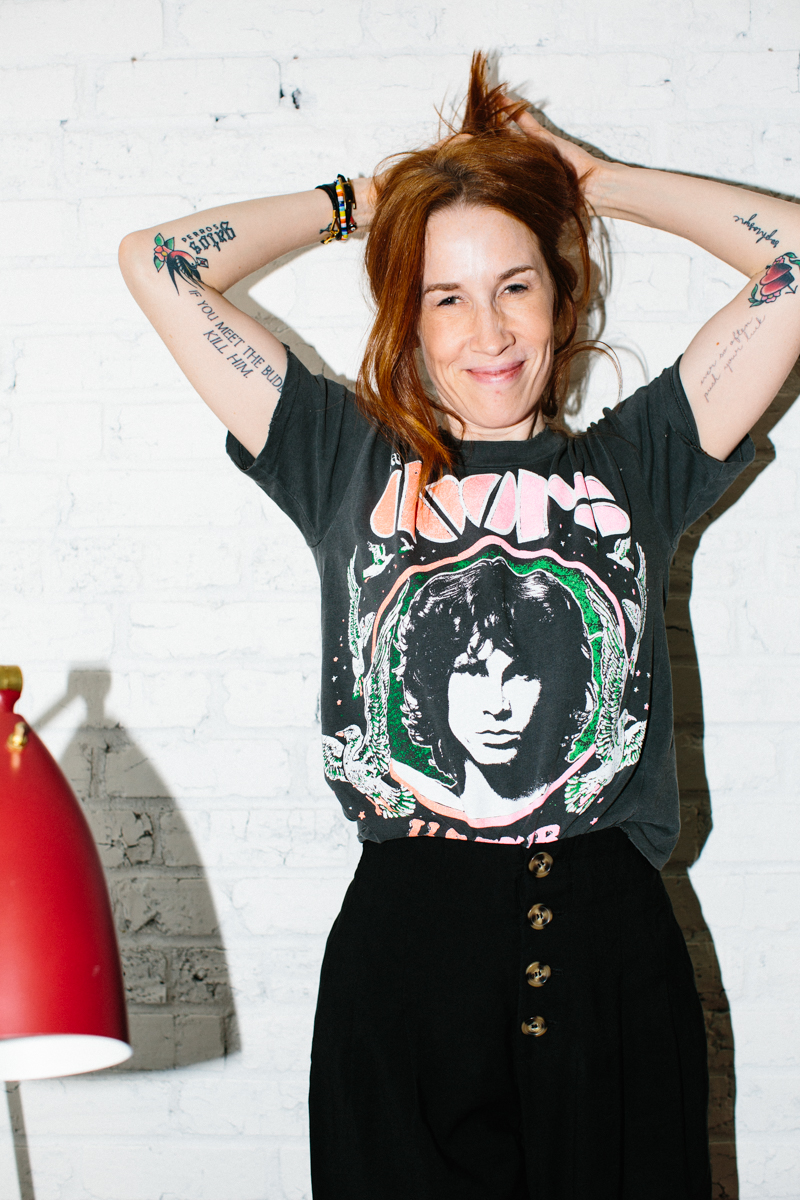 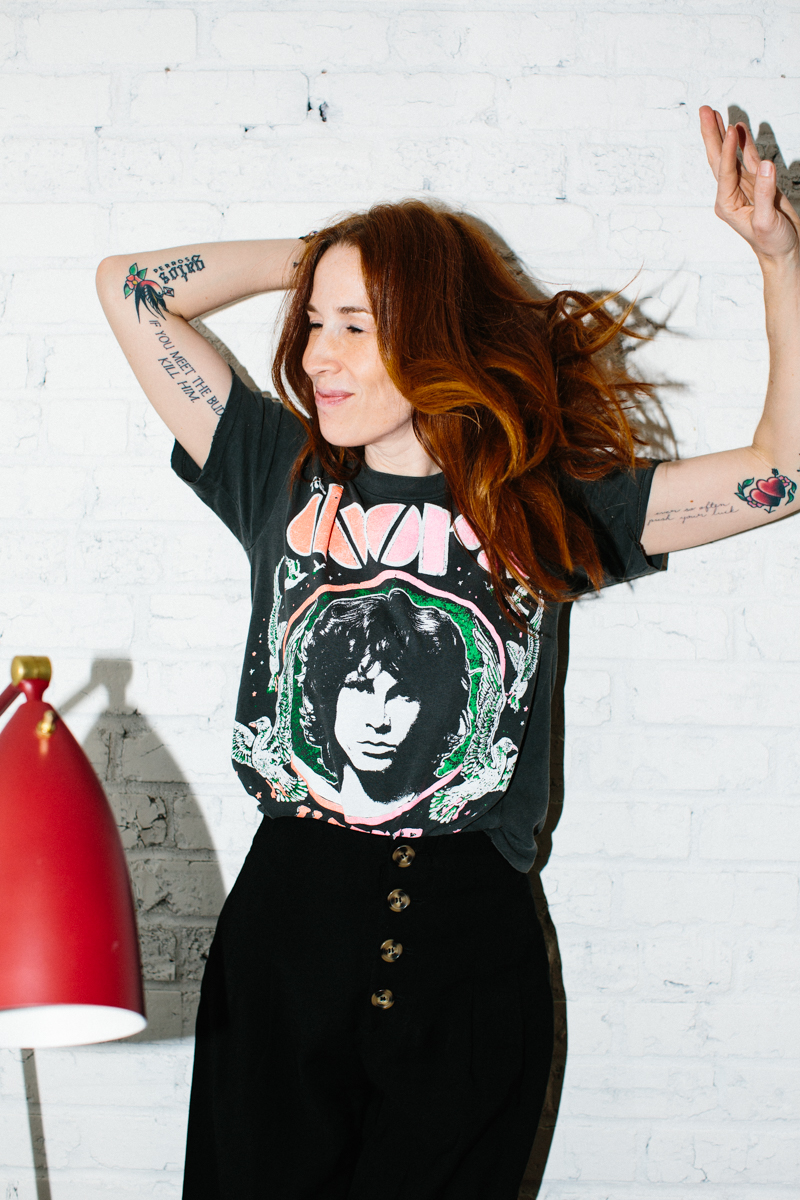 THE WHO CONCERT TEE 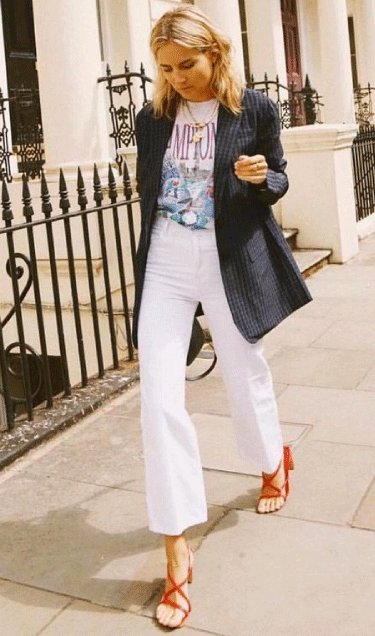 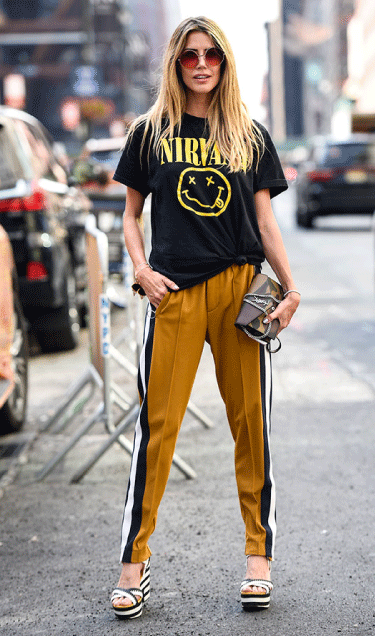